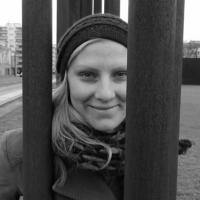 Radka Peterová is the initiator and co-founder of the project Kanárci.cz. She wishes to inspire people, make them more interested in their neighborhood and give them the right tools to do so. For seven years she has been involved in the activities of the non-governmental organization INEX-SDA, and since 2010 she has also been dedicated to the Citizen Science phenomenon. At university, she presented the concept of community mobile air quality measuring, which won the Social Innovation Camp prize in 2012. With the first twenty measuring instruments now in place, the canaries project, with its subtitle “Measure what you´re breathing”, is still in its pilot stage. Radka Petrová also works as an editor of the web portal Expats.cz.
‹ ›