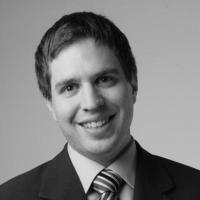 He addressed a number of publically well-known cases in 2000 – 2007. He was successful in representing the farmer Rajter’s family against the Nemak aluminium plant (the Czech government offered the family a settlement of CZK 250 mil.). He backed organic farmers and sued the Danone company for its misleading use of the “Bio” (organic) labels on its products. As a lawyer, he dealt with the negative impact of major foreign investments in the country, such as of Toyota, Peugeot, Citroen and Hyundai. He won the Josef Vavroušek Prize awarded by the Charta 77 and Partnerství foundations. In 2007, he joined the management of the Environmental Law Service, to become its program director two years later. Under his leadership, ELS established offices in Prague, Ostrava, Brussels & Krakow, started influencing the EU policy in the area of corporate accountability and strengthened its regional presence. Pavel Franc is also the mastermind and strategist of the Reconstruction of the State project.
‹ ›