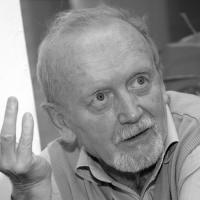 Ivo Možný (80) is a Professor of Sociology at the Faculty of Social Studies of Masaryk University. Above all, his main focus has been on Czech families, social change, the sociology of intimacy and social politics. Between 1955 and 1965 he worked as a radio journalist before joining the new Department of Sociology at Masaryk University. During the era of “Normalisation” he earned his living as a marriage guidance counselor. In the mid-nineties he established the Faculty of Social Studies and became its first Dean (1998-2004); he still lectures there today. He is a member of the European Association for Sciences and Art in the Czech Republic. He has published over eighty works. He has two sons and four grandchildren.
‹ ›