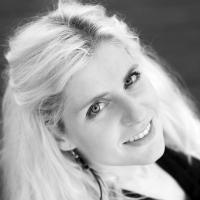 A remarkable figure on the Czech musical and theatrical scene. Singer, violinist, violist, quinton player, composer and actress, active in the fields of Classical music, musicals, jazz and alternative rock. A member of the Talich Chamber Orchestra and first violinist in the Gadrew Way Quartet. Plays, sings and creates material for the Maraca and Zimbova bands and appears with the Epoque Quartet. Has composed incidental music for the theatre as well as for the Czech Television documentary Stolen Motherhood (2009). Received the Alfred Radok Award in the Talent of the Year category in 2005 for her role as the witch Eva in Ballad for a Bandit (Husa na provázku Theatre). In 2011 gave an outstanding performance in the main role (soprano) in the Czech premiere of Fausto Romitelli’s video-opera An Index of Metals.
‹ ›